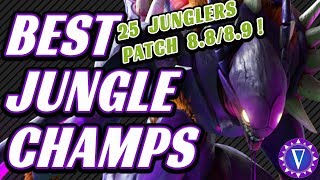 🔵 Rank up in Season 8 with the best and top junglers! Subscribe, like, comment and share if you enjoyed and learned something! 🔵 🔴 If you want to support the channel and enable me to make more content for follow the link: https://streamlabs.com/virkayu We take a look at some of the top junglers for season 8 and Patch 8.8-8.9 that you can learn rank up in League of Legends! Each champ is presented with a simple discussion and fancy graphics! This includes of varying degress in identifying strengths and weaknesses such as matchups, ganking, counter ganking, clearing faster, paying attention to lanes and wards, and outplaying your opponent mechanically. 25 junglers are mentioned and include: Xin Zhao, Kha'Zix, Shvyana, Sejuani, Jarvan, Rek'Sai, Evelynn, Lee Sin, Rengar, Kindred,, Udyr, Jax, Kayn, Warwick, Skarner, Ivern, Volibear, Shaco, Nunu, Nocturne, Vi, Master Yi, Graves, Trundle, Olaf and Zac! What would you like to see in the next lesson? Suggest a topic or champion in the comment section below! Thumbnail art: https://www.artstation.com/artwork/wkYD5 Stream: http://www.twitch.tv/virkayu Intro Music: Yorick, Warwick, and Kayn Theme, Riot Games. Backgound music: Death and Rebirth (soundcloud.com/deathandrebirth) as well as assorted tracks from epidemicsound.com and the Jhin theme music from Riot. __ Follow me on Twitter and Instagram: http://www.twitter.com/virkayu http://www.instagram.com/virkayu __

One-Eyed Ryan: Hey Virkayu, I have been watching a lot of your videos recrntly and you're a big help to me as I'm a complete noob kayn jg main. I had a question. Why isn't kayn on this list? he has great clear and he can stay healthy in the jungle and he can snowball quite well early game and once his 'E' is unlocked, he has infinite gank potential. Thanks for answering in advance.

Devilman -: WHERE THE FOOK IS RAMMUS????

Not an Illuminati spy: What do you think about Gragas? I've basically turned into a WW only player cuz, he's a were-puppy and also noob friendly, but I feel like I should be picking a jungler to complement my team comps more and I'm seeing a lot of full AD so I was looking for a noob friendly AP type.

Adam Ray: Is hecarim that bad?

Robert Barnes: A lot of great content. Shaco ended up falling off very hard, his current win rate is under 20 percent in high mmr. The nerfs he got in 8.7 were crippling. Nunu on the other hand continues to be a sort of uncounterable jungler that has high utility. Not a carry, but very high utility junglers that can easily take the new scuttle crab will be valuable in the next patch.

Night Weeb: How about Sejuani??

Robert Jones: it's kinda funny because i find success with cho and naut in the jungle albiet naut is falling off as i slowly climbish.

Sumsar: Udyr..ez to Play but... skill cappa can be high if You understand what he can do

AWeeb Things: What with elise? Is she a good pick?

Cloudsong: "You should always ban Kha'Zix if you're playing Kindred" THANK YOU!! SOMEONE GETS IT!!!! It makes my eyes bleed when i see someone pick my favorite champ into Kha

Pain Hammer: Aatrox jungle is a good pick in low elo if you can bring him to his fullest potential

mystery: Could I know what's the best jungle path after jungle changes? I'd like to hear ur opinion+

Kess_18: I know Talon isn’t the strongest jungler but if you could do a video on that it would be great!

Blake Daniel: As my first major jg who should I get kindred or kayn??

Subscribe and watch me at https://twitch.tv/Lohpally/ for streaming daily! Find out which supports stand above the rest. Be sure to pick these top 5 support ...

Best JUNGLERS to main? 10 Most OP Junglers when MASTERED (League of Legends) 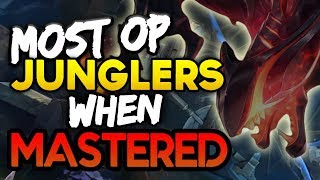 Let's take a look at the statistically best Junglers to main in Season 7 if you want to climb! Remember to check out Haste! = http://bit.ly/Haste_Phy Best ADCs to ... 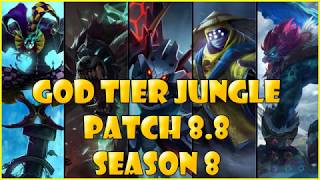 Top tier lol 8.8 Meta lol 8.8 This is an estimate of the best league of legend champions that are clearly overpowered and highly favored in Ranked. 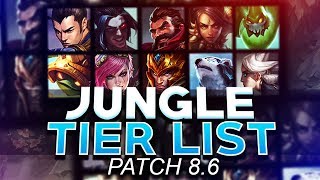 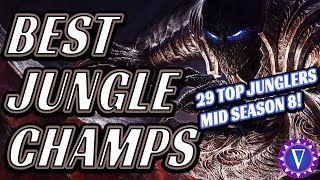 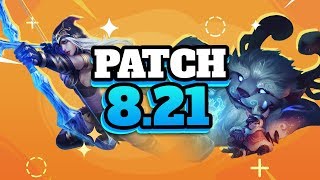 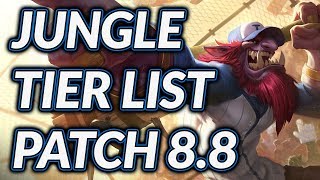