Quick Retribution Paladin PvE Guide (2.4.3) [WoW TBC] • Social Media Twitter: https://twitter.com/Protcow Google+: https://plus.google.com/+Protcow • You can support me via: Patreon: https://www.patreon.com/Protcow Donations: https://www.gamingforgood.net/s/protcow#donate • DebuffFilter: http://www.mediafire.com/download/2py1638ohhnep4c/DebuffFilter.zip • Talent Choices: I didn't choose "Improved Blessing of Might", because it is useless when you have another paladin in the raid with this talent. I chose "Redoubt" over "Improved Devotion Aura", because you will never use this Aura. Redoubt is also good for PvP. "Guardian's Favor" is a nice talent for heroic instances. You can BoP the casters more often if they get aggro. It can also help in some fights. "Pursuit of Justice" gives you more movement speed. This will improve your DPS, because you can move faster to your target. Some fights require you to move a lot. • Additional information Try to use your Avenging Wrath during the Bloodlust / Heroism phase. • Music MachinimaSound - Lock & Load License: http://tinyurl.com/lhtojsa

Lunaion: I have a question what are the expendable of the palret ?

Killval: Hey is there anything like the debuff filters addon for a 1.12 client vanilla WoW?

RockLee: no might improve ? and 2 points on seal/jugement mana reuduce than the 2 points on freedom duration improve?

Zeke: Would you suggest this while leveling?

Leroj Laroj: As ally you use Venance and Command. Also you want the crafted mace cus it has higher base dmg which means that you will do higher Command procs.

Κύριλλος: Retribution Paladin is good DD? why only one retry need in a raid?

Amin: thank you man it was useful

Ionut: clean, straight to the point video. thank you.

Filip Bekić: Block can not be activated if yuo do not have shield, therefore 5x Redoubt is useless

Doryuu Kein: what about seal of vengeance?

Daniel Skrivan: I think that the Shaman and Paladin intentionally had dead space in their rotations to be used for utility in PvE and movement in PvP. Most players wouldn't want to throw out something like BoP, BoF, FoL, or any other utility instead of dealing damage. Dead spots in your rotation give more opportunities where being a utility player isn't affecting your rotation, or where it doesn't affect it as much.

As to the PvP/movement side, notice how in WotLK death knights had a simple, but spammy rotation that basically was Disease x2 - Big Hit - Blood Hit x2 - RP Dump x2 - Big Hit x3 (or Big Hit - Blood Hit x4) - RP Dump X3. Every GCD except maybe 1 every 20 seconds was filled, and any time off the boss meant a DPS loss. In Cata they slowed it down by making runes of the same color regen in serial instead of parallel, which meant your runes took 20 seconds to regen instead of 10, and it worked as a sort of first iteration of charges (which were put in in MOP, I believe). The goal was to make it so you still had runes recharging from 10-20 seconds, so if you had to move away from the boss as your runes were coming off CD, your regen was still helping you.

I think a similar thing occurs when you CS/Judge and move out of range, now you can reapply your seal, let your weapon swing timer tick back down, and come in for another joust. Or if you need to move away from the boss, do so while your CDs and swing timer are ticking.

It wasn't perfect, obviously. Honestly I think if it were tuned a bit better, had a bit better mana regen, didn't have the seal bloat that it had (IMHO, the faction seals added in TBC were not needed, buffs to the base seals were), then they wouldn't have been bad. I don't think people would have minded the gameplay so much if it was more rewarding.

jack squatt: Wasn't Ret for leveling and PVP during Burning Crusade? Why would you ever want to play Ret in end game content? The damage just isn't there compared to other classes, and you won't get picked up for raids. This is coming from experience.

Azereus Mumko: any recommend enchant on gear for a retri paladin?

Ozolz: im leveling a retri pala and seal of command seems really really bad to me, it procs like 1 of 5 hits or even worse. Seal of Righteusness seems much better at least for leveling since it does holy dmg every hit. Isnt this extra dps better on every hit rather than something so unreliable as seal of command?

Anton Björlin: poor allys.... you can't play ally ret in tbc >.< blood elfs are so immensely more powerful with seal of blood that it's ridiculous.

Ozolz: can u please clarify dfilter for seals and judgement?
how exactly do i configure it?

i tried enable "player buff filtering" and in buffs i added "Seal of Righteousness", is that correct?

honky tonk: what i ask myself is what about seal of vengance as alliance since its not mentioned here.. some paly told me i have to use it

Filmting: hammer of wrath not worth it or? 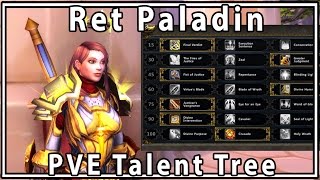 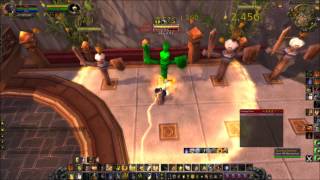 quick overview of the rotation and stats for ret. 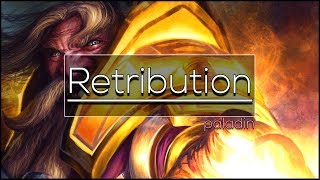 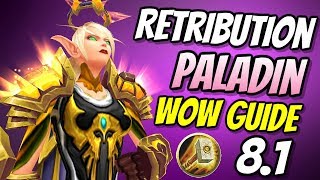 Retribution Paladin PvE Guide 8.1 Welcome to my Ret Pala PvE Guide for Patch 8.1 !!! I hope you will enjoy it! in this guide, you will learn EVERYTHING you ... 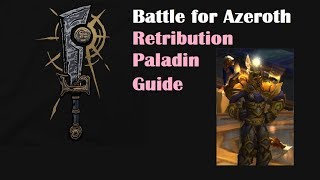 Guide for retribution paladins for the patch 8.0.1 basics and advanced info to get the damage going. 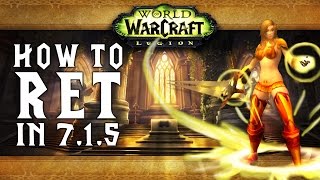 This is a comprehensive Retribution Paladin guide for patch 7.1.5 - We try to cover every relevant subject for rets in a quick and concise manner! Updated BiS ... 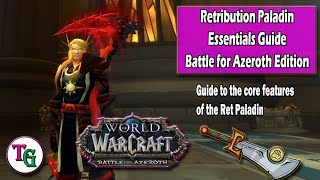 Here it is: the start of a new adventure into yet another new expansion and the Essentials Guide to all the core abilities to the Ret Paladin for World of Warcraft ...