**Death from above** My unboxing and review of the Space Marine (sorry Adeptus Astartes) Assault Squad. Enjoy.

AJ DOOMBRINGER: Do you have to glue them together?

Dániel Deák: Is it good?

Deus Vultinator: Personally i think Stormboyz are the safer option in terms of pure engineering genuis

FederationPilotLouis98: So assault squads don't have to equip jump packs?

Caelan Gertenbach: Its a while ago but i bought the assault marines ( the old 5 man version this one wasnt out yet or anounced ) and i was happy with the options the set gave me only i wanted to give them meltas and they didnt have it and like a week later this set came out and i was pissed because this had a lot more options and weapons and other bits

ɳɐɸɱɣ Ɖᴙσאϵ: compared to the old version (or the latest before this better to say) i like this one alot more, with the weapon options added that wasnt before, honestly i have to say this seems to be a set that is more geared towards the playing part of the tabletop hobby, not neccessarily the build unique miniatures to look awesome part (if that makes any sense) but also have to agree on one very true part u said: the Vanguard box looks alot better, and mroe interessting, especialy if u want unique looking, or simply more fancy, miniatures

Max Freelance Police: It's Adeptus Astartes because that's how the army is really called, it's been there all the time in the books and so on, they just now decided to name the miniatures that way too. And the Space Marine is what the troops are known as. As far as I know

Just Some Guy Ok: I modeled all mine with chainswords. I think I may do my next set with all bolters.

Juan Sanchez: thx for the review 👍

Round House Train Spotting: I think that games workshop have realized that they have a captive audience and that they can charge what ever they want.

Tomahok356: You don't have to do this but can you show us your stompa in a vid cuz I herd you say you have a stompa in one vid

Bitter Man: Hi I got recently into WH40K thanks to the Kill Team that I like. I just have a question do you think this edition is better than the old one (with yellow background) that would justify to pay about 20% more for the box? The question comes to me because in shop near me the old one is cheaper about 20%

william amely: The Sisters Of Battle Repentia also carry them and it's a kick butt weapon.

ziljin: nitpick but this set has 5 extra bodies and backpacks compared to the veteran squad.

TwistedBishop: It looks like you nailed it about the Horus Heresy style power pack. It's the same exact thing in the plastic boxed set releasing this week.

Ben Needham: Hi I'm looking to add a few SM's to my new army I got like 20 quid to spend what would u reccomend 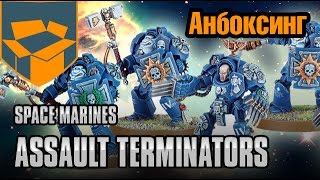 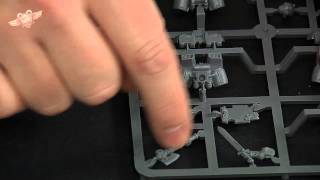 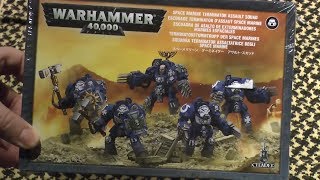 Come with me if you want to live** My unboxing and review of the Space Marine Terminator Assault squad. Enjoy. Disclaimer: The views in this video are mine ... 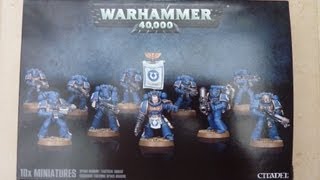 I don't trip, I do random gravity checks** My unboxing and review of the newly released Space Marine Tactical Squad box set by Games Workshop. It contains all ... 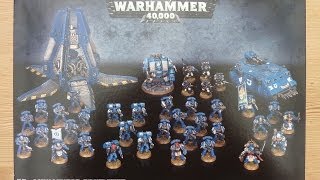 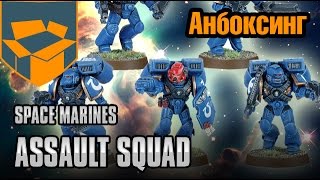 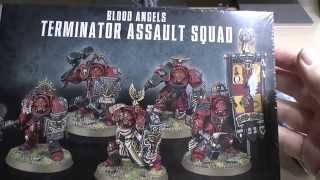 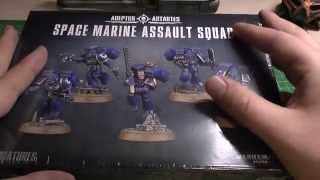 Death from above** My unboxing and review of the Space Marine (sorry Adeptus Astartes) Assault Squad. Enjoy.