How to install camber kits. Learn how to install camber bolts so you can adjust the camber on your car or truck. You do not need any special tools to do this job, just a few basic hand tools. The job straight forward and anyone with basic tools can do it! Here are the camber bolts I used: http://www.amazon.com/gp/product/B000C59Z68/ref=as_li_tl?ie=UTF8&camp=1789&creative=390957&creativeASIN=B000C59Z68&linkCode=as2&tag=chri0e2-20&linkId=26D3EOGD347BALC5 How to replace a tie rod end FAST: https://www.youtube.com/watch?v=FxHnN9-rzoI How to replace a Control Arm: https://www.youtube.com/watch?v=v7bOxQe_WhU How to replace a Shock Absorber: https://www.youtube.com/watch?v=E6dEXhEGoU8 **If the video was helpful, remember to give it a "thumbs up" and consider subscribing. New videos every Thursday** -Website: https://www.ChrisFixed.com -Facebook: https://www.facebook.com/chrisfix8 -Twitter: https://twitter.com/ChrisFixed -Instagram: https://instagram.com/chrisfixit -Subscribe Here: http://www.youtube.com/subscription_center?add_user=paintballoo7 -YouTube Channel: https://www.youtube.com/ChrisFix Disclaimer: Due to factors beyond the control of ChrisFix, I cannot guarantee against improper use or unauthorized modifications of this information. ChrisFix assumes no liability for property damage or injury incurred as a result of any of the information contained in this video. Use this information at your own risk. ChrisFix recommends safe practices when working on vehicles and or with tools seen or implied in this video. Due to factors beyond the control of ChrisFix, no information contained in this video shall create any expressed or implied warranty or guarantee of any particular result. Any injury, damage, or loss that may result from improper use of these tools, equipment, or from the information contained in this video is the sole responsibility of the user and not ChrisFix.

subbernh: Do you have any videos for working on VW' Passats and Jettas? Your knowledge, procedures, and no-nonsense presentations are awesome and should be respected. Thanks in advance

subbernh: You did a video on preloading the bushings before fully torquing , but I heard no mention of that in this procedure?

gothdragon21 rs: How about rear

Boyd W: Video doesn’t say anything about supporting the lower control arm with a jack. I’m guessing you would need to do that. About 1-2 years ago I got some camber bolts through Ebay from a place in St.Paul Mn. In November 2015 I brought my 2011 Ranger XLT Supercab to a Ford dealer in White Bear Lake Mn for the warranty replacement of both left side ball joints at 79,000 miles. The technician seemed to either be a jerk or in a bad mood. The steering wheel wasn’t centered and I had to get another appointment for that to be done. The truck would lightly pull to the left since then. I thought it was the calipers and I have replaced them once. Left front rotor has wavy gauges in it. Right front rotor looks fine. I didn’t replace the front brake hoses though. With round shoulder front tires it will barely pull to the left. With square shoulder tires it pulls to the left. When I had 94 Mustang Cobra wheels on for 10 days in really really pulled to the left. But if I’m on the highway driving and not braking much it doesn’t pull to the left. I’m suspecting the LF brake hose but I’m not sure. This has been a pita for 3 years.

1R083rt: Hey Chris! I have a question how come some of the bolt from the kit are greaseable and some non-greaseable ? Is there any extra benefits or is it just to mark up the price on a kit?

Baus From Space: You need a cashapp bro, just so we can send you a tip. Even if everyone of us sent $1 just once, you deserve it for all the help and knowledge you provide!

Nick Anderkay: So you use a bolt to align the hole to put a bolt in... hmm... or you could just put the bolt you need in? Wtf? Lol

K P G: Chris, I know this an old video, but wanted to drop you a line. Picked up a low mileage 99 Ranger to keep my 18 Mustang out of Ohio snow. Your channel is amazing, so much help to know what to expect prior to getting started! Thanks and keep them coming!

Danny Martinez: So the origins camber bolts don't adjust? In my Nissan frontier when u replaced the ball joint and you can tell the camber plate moves inward or outward

texas tough: thats A FORD for you. piece of crap.

blablamannetje: OK ... but how does that change the camber of the wheel? The camber bolts are in the same place? Or are they moved a few mm's / cm's?

Survivor694: how do I adjust them ? need video Chris!!

Roberto Chavez: Hello Chris, just needed some information. I have a 2005 Dodge Ram 1500 2wd, I replaced the ball joints , tie rods, and upper control arms, took it to get an alignment and they told me, unfortunately Dodge Ram is the only truck that needs to have these replaced for proper alignment. Curiously I spoke with another shop and told me that I did not need these camber kits installed, that the shop was trying to make me spend money. What do you suggest bro? Thank you for any info given.

Tony Padgett: Dude, you seriously rock! We were just discussing this in my Pathfinder group. Because it is something that needs to be done for alignment after installing a lift kit. Thank you!! Shared the video to the group!

808kea808: I lifted and put bigger rims on my ranger. I have a two inch spring spacer and it made the upper control arm practically touch the frame. It has a positive camber now and they said they tried adjusting the camber as much as they could. The technician said I’d have to get a body lift or adjustable control arms. I suggested camber bolts but he dismissed it.

I didn’t look to see that I have the square bolts like you showed. So I took his word for it and searched for body lifts and what not. But after seeing this I think I’ll try the bolts. Thank you

Fresh55n9ne: Will these work on a 2003 jaguar x type because I need an alignment on it I took it to Les Schwab and was told they could not do an alignment because the cambers are not adjustable

Jonathan West: Wish my car had a setup like this so I could do this. The cam bolts I bought are quite different from the ones in the video. 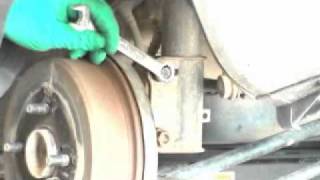 Video is owned by iapdirect.com. 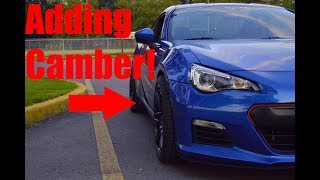 Today we finally mod the BRZ again. We install camber bolts on the car to help fix the tire poke in the front. Track: Lennart Schroot & Unknown Brain - Kuyenda ... 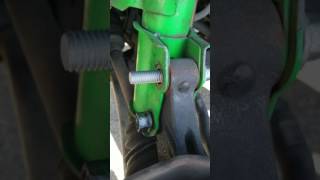 Installed SPC camber bolts to my 2003 Toyota Corolla for the 1st event of the NASA Time Trial 2017 season at Willow Springs International Raceway. I ran my ...

HOW TO: CAMBER BOLT INSTALL 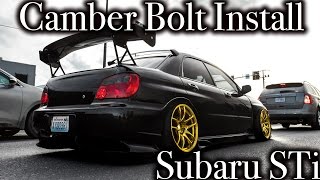 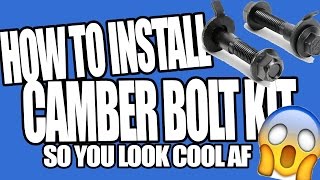 SKIP FOR TUTORIAL AT 1:00 hey guys, i was going to get my alligment done, i knew i had to install camber kit bolts but i thought my shop was going to charge ...

Just adding a bit more camber to the clio ahead of the trackday on sunday! also removed the rear seats which weight about 25kg!! 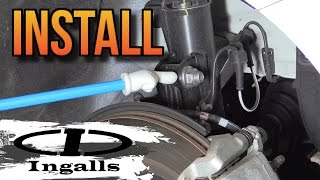 For more detailed information on Ingalls Camber Adjusting Bolts, and/or to purchase them, check out our product page here: ...

How to Install Camber Bolts 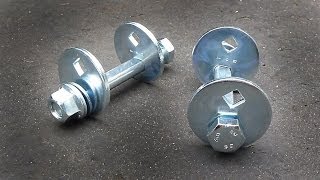