Guitar of the Day: 1972 Gibson SG Standard in Walnut finish with Logo Top, Gibson Humbuckers, and Factory Bigsby. Store manager, Mark Agnesi, showing you how this #Gibson #SG Standard sounds like here at #NormansRareGuitars. For any questions you may have or price inquires please give us a call at 818-344-8300. So what do you guys think?

Joakim Engström: Oi , Got one of these beasts right beside me but its missing some parts... could someone tell me 1.The height of the spacers for the pickguard. 2. How much it differes from a Gibson Lp guard in size.

mcdangdang: what is that guitar worth if i were wanting to buy one like it?

yung sheldon: i love sg’s but god damn is this one ugly

ContraBand Joe: If you guys hate doing these segments so much, why do you continue to do them??? the instruments sell right???

Tricko: Actually 1971 was first year for SG Deluxe’s and they had block inlays. That’s a Deluxe not a Standard.

B Kidder: The bevel around that SG looks different? Horns look less beveled, to me....

Anthony Monaghan: Doesn't sound as nice as the other 1960s walnut SG. Could be the amp settings. Sounds a bit wooly and reedy on the neck. Still a beautiful guitar.

Death Bredon: Neither the standard nor the deluxe has dot inlays

Death Bredon: are you sure that's not the deluxe version???? https://www.guitarbroker.com/product/1972-gibson-sg-deluxe-stereo-model/?v=1d20b5ff1ee9

Kevtron9000: mark, we love when you talk about the players most known for particular models!

cuda426hemi: That's actually a "Deluxe" and the one with dot neck and the two pick guards and P-90 lookin pups was called a Pro.

Brett Graham: do a metal guitar

Noel Bell: Can we get some Sabbath next time you play an SG?

russell zauner: Wait. Quick Q. What's up with there being no cutaway chamfers? Most I've seen (not as much as you, clearly, but many) have them, is why I ask. I've already goobled a bit but it's a lot of work for shit you already know. :-) Thanks for doing what you do, gives all us ugly whatevers hope of moderate internet famedom.

russell zauner: A man who is wearing a VH shirt can do no wrong.

SpanishDandy: Mark is the best 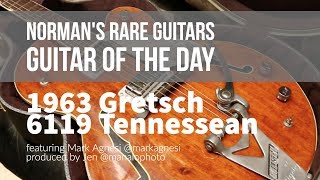 Guitar of the Day: 1963 Gretsch 6119 Tennessean in Walnut finish. Store manager, Mark Agnesi, showing you how this #Gretsch 6119 #Tennessean sounds like ... 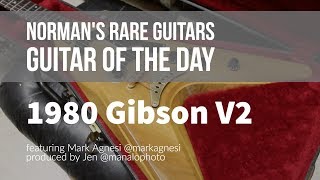 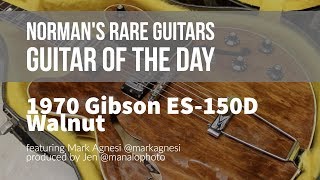 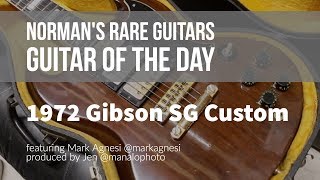 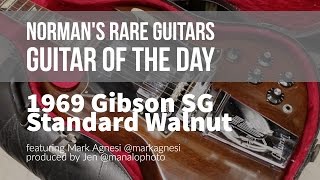 Guitar of the Day: 1969 Gibson SG Standard in Walnut finish. Store manager, Mark Agnesi, showing you how this #Gibson #SG Standard sounds like here at ... 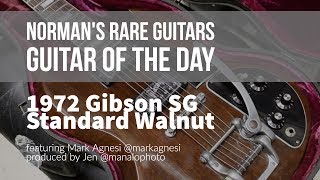 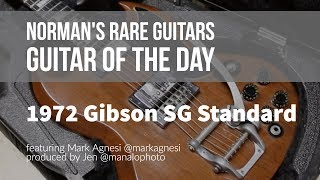 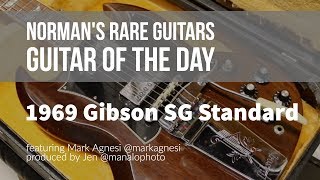