A few more challenging problems in the cutthroat world of cheap electronic gizmos. I'm sure I can do better, in fact it's eternally nagging me that I could spend hours optimizing these to make them faster and better.

Alluvian: Interesting. They have changed the sandwitch puzzle significantly. Current version sends out -999 until it wants a sandwitch and only sends one value of 1 2 or 3 to order the sandwitch corresponding to 'normal' 'no cheese' and extra mustard respectively.

Alluvian: Wow, this was humble-ing (totally not a word?). The aquaponics one was the first one where I was stuck, this was a super clean solution.

Andreas Grothusheitkamp: Funny thing for Tree Bells Kindom
They should build an 3D Printed Analog Computer insted... Gears and stuff like this. They are vary interresting to look at. So put a glass plane in front...
This would be a funny task...

Sam Edwards: That title, though. Amazing.

Joseph Sharkey: Anyone else notice that David looks kind of like Otacon from metal gear solid? was that intentional?

Superbun: Ohhh... that segue into the outro, that's smooth...

Kevin Jones: Watching these makes me want to fish out my FPGA :)

twiexcursori: I watch these for the plot. Weird, I know.

Alejandro Torres: I'm playing this and I first make my own design, then as I advance in the game and see the undocumented command I optimize some of the codes, and then make the Scott's design, so I can learn how to do some stuff better.

I noticed that the game has changed a little, as mine have the lines of code counter, and some of the test runs are different so the power usage is a little off. One of the designs of Scott didn't work in my version as the test run is way different and the code didn't run as expected (yes, I triple checked the code and connections). Also the Sandwich Maker signals are different, and this design didn't work as well in my version.

From what I see in the videos and from my own progress in the game, I see a lot of changes, and improvements and bug-fixes in the release notes. It's a fun game, little hard in the way of thinking for a hobbyist programmer like me that have no study or real experience in this field, but I can't refuse a challenge, so Challenge Accepted!

FiddleSticks: Don't know anything about this, but just watching it I can kinda figure out what Scott is doing. Love it!

MisterInSayne: an easier way to clear an X input is "mov x0 null"

Nick Elstein: For the coin machine one I had a solution that allowed me to use the smaller chip to spit the coins out with 9 lines of code, but it worked on the principle that only 1 five ever needed returning, and one of the damn tests needs two returned. So I had to use the bigger chip because of one damn jump instruction. :'(

Dojix: Your ending music always makes me think it's Enya for a second

ERROR: DARKNESS DETECTED: wait a second, the part about"CAN YOU KEEP A SECRET?? HAUNTED DOLLS!!!", because in the video you did that part but in the video there isn't????!!!

thomastc: You can use "mov x1 null" to read and discard the value being offered on x1. Better than tcp because it doesn't mess up your + and - flags :)

Project A330: This is weird, I'm watching a coding game video while coding... 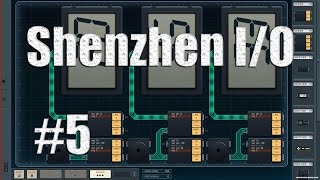 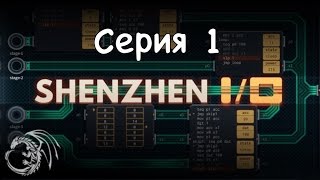 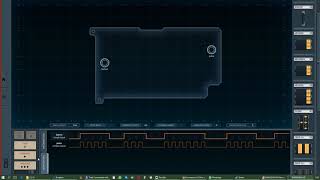 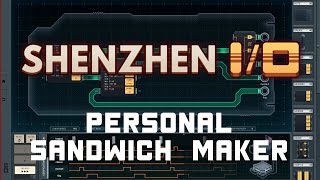 Final Solution at 1:00 Compared to the old puzzle, this is deliciously simple. Old Puzzle: https://www.youtube.com/watch?v=n7O2NonB9ic. 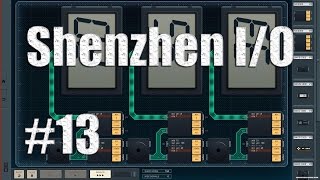 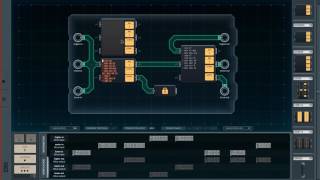 I think this has been my hardest puzzle yet, primarily because I kept trying to optimize and headed down paths that would ultimately waste my time. Premature ... 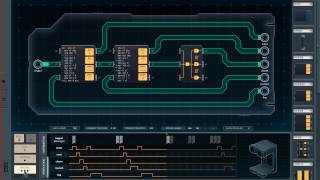 A few more challenging problems in the cutthroat world of cheap electronic gizmos. I'm sure I can do better, in fact it's eternally nagging me that I could spend ...